This post was taken and edited from an article written by Monica, a missionary mom in the village of Gimbie.

The day started much like every day in Gimbie, with people knocking at my door for help, babies crying to be fed and breakfast needing to be made. We had tried to purchase shoes many times before, but finally the day had come for our largest distribution of shoes – 150 rubber boots with 300 socks to accompany them. We saved back 50 shoes for another trip later that week.
The day was hot and humid but we had a mission – to match each boot and socks with the rightful owner. Benyam, our Ethiopian friend, knew of the far off village of Seretti, where many children had never enjoyed a pair of shoes of their own. His grandmother, who is well over 100 years old, lives there alone since her husband, the former chief of the tribe, has passed away. We were concerned how we could carry so many shoes in our backpacks and sacks such a long distance, but Benyam’s friend, Kulid, volunteered to take us in his truck if we supplied the gas. This was a Godsend, since the village was more than 8 kilometers away and the boots were weighing heavy on our backs! 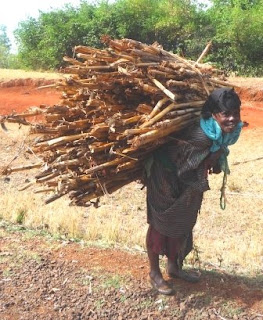 As our small group of eight headed out, the excitement built on what we would encounter. This is a rural area of cornfields, and rolling hills. The people here have cattle, sheep, and goats and large fields for them to roam. Benyam said it was a great place to hunt baboons and leopards, but I think he was just trying to scare us. The truth was that the crowd of people that saw us getting out of the truck with our gifts was much more aggressive than any animal we would ever encounter. I hadn’t noticed that a pair of boots had fallen from my backpack, but the crowd that was circling us had. Within minutes, we had a following of about 30 people – some wanting boots, some wanting to stare at a ferengi (foreigner) and some wanting to know what was going on. The 30 grew into about 50, until it was obvious that we had to stop and attend to these people. 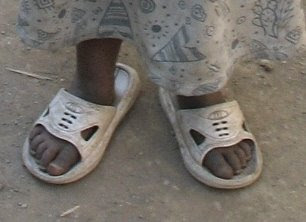 As each one of our group knelt down to help the kids in front of them, I was transported back into the fairy tale story of Cinderella. I never quite understood how the storybook had made Prince Charming look so tired trying shoes on, but now I was experiencing the same type of pushy people trying so hard to fit their big feet into such little shoes. They were saying, “No, I think these boots are SUPPOSED to be snug” or “I think, if you let me try again, they will fit THIS time.” Even the smallest of kids grabbed for any size, not caring that the boots would wear out way before they would ever fit into them. 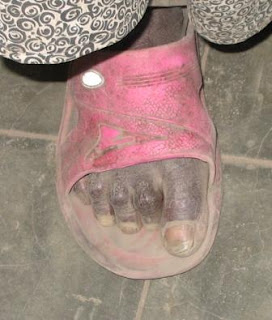 How trying it must have been for Prince Charming, everyone wanting the shoe to fit him or her. It saddened me that I had well over 30 older kids following me, with no shoes to offer them. I had ordered boots from size 22 to 34, not realizing that most feet, that had never experienced shoes, are wider and more calloused. The top size of 34 was equivalent to about a seven-year-old girl’s size. I should have remembered that from our previous shoe project, but was so happy to order the boots, that I had just agreed to whatever sizes that the shop could order (I will definitely want to purchase sizes 35 and up later). I must have said over 30 times, that I didn’t have larger sizes, but mothers’ begged us to try the shoes on their children anyway, but to no avail. Prince Charming, I believe, felt sympathy for the bigger women of his day, those who could see from far away that the glass slipper was way to small for them. But I think, he let them try anyway; giving hope to their situation, and showing them that everyone had a chance to be Cinderella.
Wait a minute, so does everyone really have a chance to be Cinderella? Do I have a chance to be swept up by THE “Prince Charming?” Is it that THE “Prince” is going around with shoes for us, shoes that will walk on golden streets forever? He offers them to us, and all we have to do is accept them. But some of us have walked on this earth without shoes, maybe all of our lives. Our feet our swollen, calloused from sin, we may even suffer from disease, but He offers to cover those feet. Wow, I see it all differently, now. We aren’t just offering boots with socks, we are offering protection from the pain and suffering they have endured on this earth. That is why the mothers push through to get boots for their kids; they don’t want them to have to endure the pain they have had to withstand themselves. It all is starting to make sense to me now.
I never asked anyone to send money for the shoes, and boots, but God sent special messages to those He had chosen for this mission, and in return these faithful ones sent money, a total of $1541 toward leather shoes, and then boots and socks. This project was much more than just a bunch of ferengis sharing, it was a project that gave hope and relieved suffering. In addition to the boots and socks, we also advised two girls with swollen eyes, and two girls with goiters to visit the hospital this week to receive needed medications.
Thanks to all that gave for shoes (and for other projects, too), for God uses the money and prayers to help in multiple areas at one time. I could never have imagined all that He accomplished that day – God is so good! Don’t think that the story ends there. Remember we still have 50 more shoes to hand out at the end of this week. So this is not the end of OUR Cinderella story – stay tuned for what happens next!